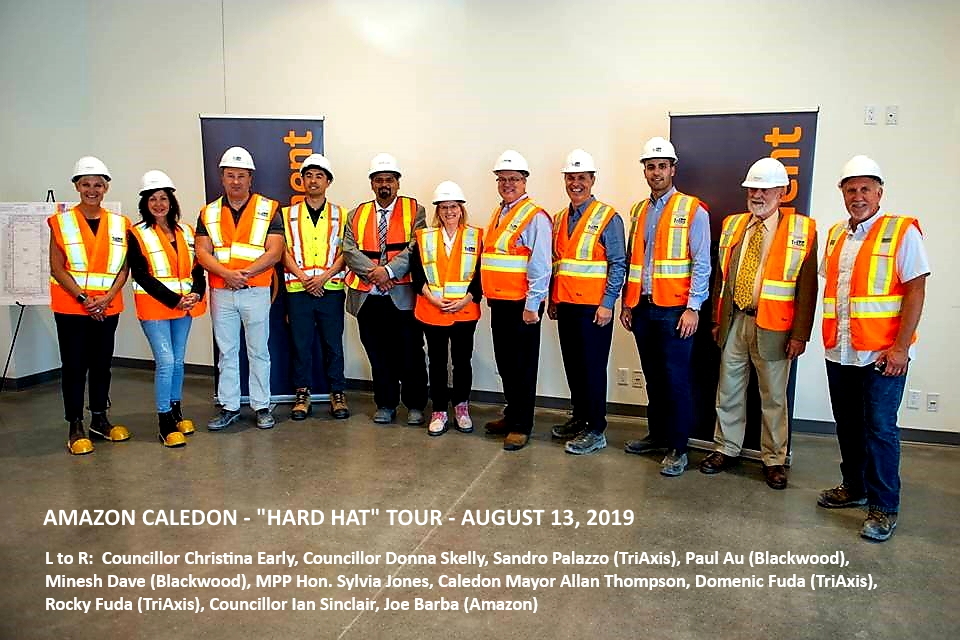 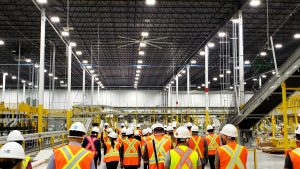 On the first anniversary of our ground-breaking last summer, we were very proud to collaborate with Blackwood Partners to assist Amazon in hosting a "Hard Hat" Tour of the impressive, high-tech Fulfillment Centre in on August 13th, 2019.

Government officials, media and key project partners were invited by Amazon to have a “behind-the-scenes” look at the impressive high-tech facility which is scheduled to launch in September 2019 which is only 13 months from our construction start last summer. 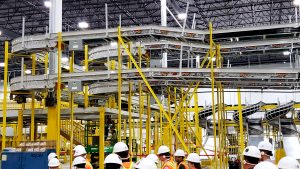 The tour of the facility lasted approximately one-hour and honoured guests were able to witness the incredible technology and high-quality construction of the massive building which is the size of 59 hockey rinks. The facility is the ninth Amazon Fulfillment centre in Canada joining other centres located in British Columbia, Alberta and Ontario. 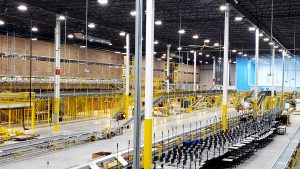 The Caledon facility boasts the largest pick tower in North America consisting of 4 floors of approximately 500,000 square feet each providing Amazon a capacity to store a volume of 3.7 million cubic feet of inventory. The expected average peak output of product is 300,000 outbound units per day and approximately 1.8 million units per week.

There are currently between 500 and 600 construction workers on site, and when the facility is in operation, Amazon will employ approximately 800 full-time employees which will be an incredible boost to the local economy. 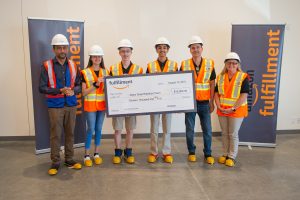 To demonstrate their commitment to the local community, Amazon donated $13,000 to the Alpha Dogs Robotic Team from Humberview Secondary School in Caledon as part of the tour.

Congratulations to the entire project team including Amazon Construction team, our client Blackwood Partners, TriAxis staff and all our dedicated trade partners who have worked tirelessly to allow the tour of this incredible facility to take place only 1 year after our construction start.

Kudos to the entire team and look forward to seeing the first outbound shipment from the Caledon facility in September !!

Click here to see progress photos of the facility.

Posted in Events and Announcements