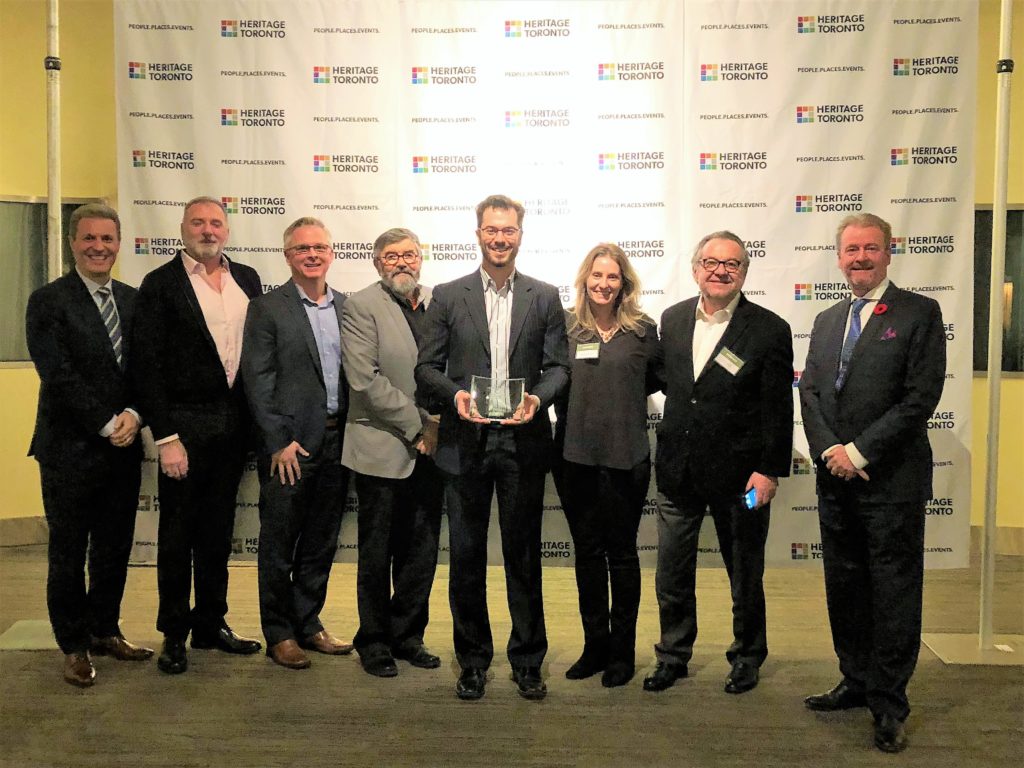 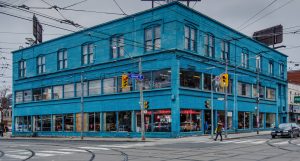 We are very proud to announce that our high-profile and transformational design-build restoration work at the WE Global Learning Centre at the corner of Queen East and Parliament Streets in downtown Toronto has been recently recognized with two prestigious heritage building awards .

The first heritage award is a national award received in Fredericton, New Brunswick on October 19th, 2018 where our restoration work was the recipient of the prestigious 2018 Ecclesiastical Insurance Cornerstone Award presented by the National Trust for Canada. This national award recognizes heritage projects across Canada completed from 2012 – 2017 that have creatively renewed or transformed historic buildings. This well-respected heritage award is intended to bring national attention to exemplary projects that showcase the viability of restoring heritage buildings for traditional or new uses. 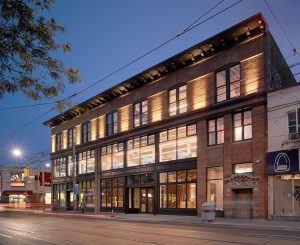 The second heritage award was received at the 44th Annual Heritage Toronto Awards held at The Carlu in downtown Toronto on October 29th, 2018 hosted by Mayor John Tory and Toronto City Council. As the final award presented at the gala event attended by over 500 guests, our team was very proud to be honoured with 2018 William Greer Architectural Conservation and Craftsmanship Award which annually recognizes a building project that meets the highest standard of conservation and adaptive reuse of a historic building in Toronto.

Congratulations to the entire project team, including WE Charity, Kohn Partnership Architects, Phillip Goldsmith Heritage Architect, TriAxis Construction and our valued trade partners for being recognized on a local and national level with two prestigious heritage awards.

For more photos of this award-winning project, please click on https://triaxis.ca/projects/we-global-learning-centre/

Posted in Events and Announcements